The church was first mentioned in 926. Georg Khevenhüller rebuilt it in 1586 as a protestant church according to a sgrafitto. The main gate ist made of Italian marble, with penitent figures, the transept shows the last supper crowned by the resurection. 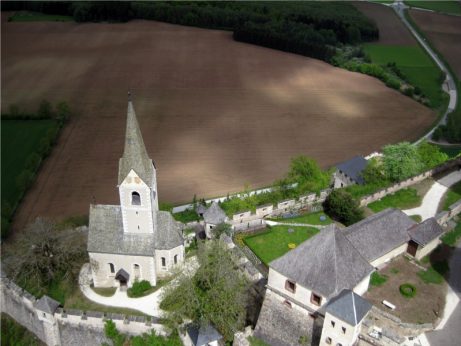 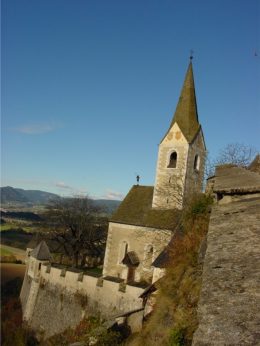 The main altar is an exquisit work from Michael Bacher, a famous sculptor from South Tyrol. The grave of Franz Khevenhüller, died in 1607, shows his coat of arms in colored marble, probably by the famous sculptor Marin Pocabello. 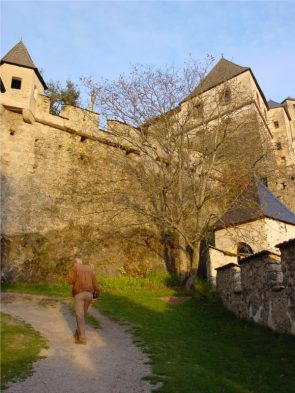 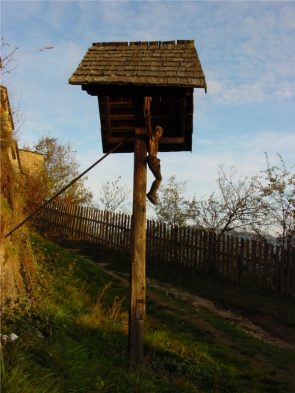 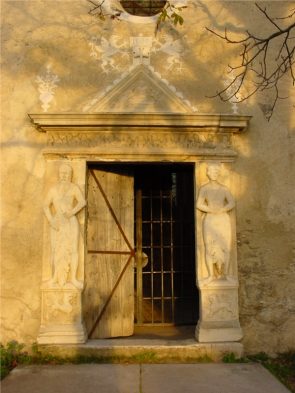 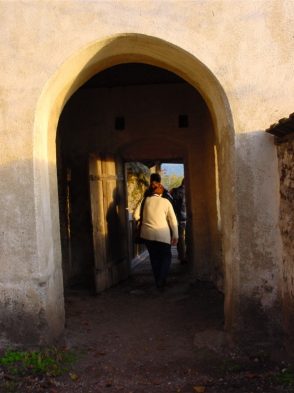 The churches crypt contains the tombs of the Khevenhüller family.

The bell was donated by Georg Khevenhüller in 1585 and is occasionately used.